Hopeful Mind, Body & Soul Body,Endometriosis,Essential Oils,Health I AM 1 in 10: My Struggle Endometriosis

I AM 1 in 10: My Struggle Endometriosis 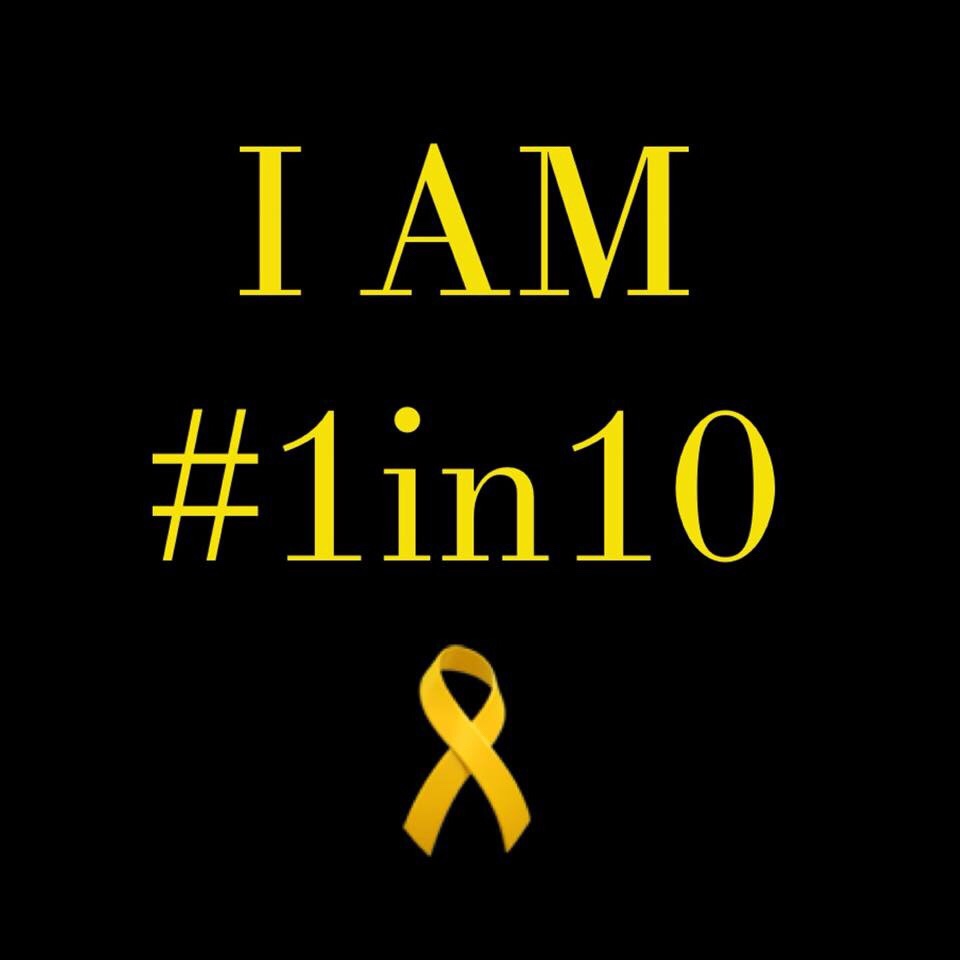 1 in 10 women have it, and I am one of them. March is Endometriosis awareness month, which is very important because it is VERY underdiagnosed. Many women go 10+ years in excruciating pain without figuring out the cause.

Endometriosis (en-doe-me-tree-O-sis) is an often painful disorder in which tissue that normally lines the inside of your uterus — the endometrium — grows outside your uterus. Endometriosis most commonly involves your ovaries, Fallopian tubes and the tissue lining your pelvis. Rarely, endometrial tissue may spread beyond pelvic organs.(1)

If you have any combination of the above symptoms please ask your doctor about endometriosis!

My symptoms started when I first got my period at 12 years old. The pain was UNREAL. I went to my doctor regarding the pain and he ordered an ultrasound which found an ovarian cyst. The cyst went away, but I still had pain. I was told that it was normal. A year later I had moved to England and saw my GP for the pain again. He told me it was normal too. I went back to him again and he prescribed me the birth control pill at 13 years old (before I even thought about having sex). The pill helped, but the pain was still there. I knew it was not normal, but lacked the confidence to have that conversation with my doctors.

Fast forward 6 years. I tried different birth control pills, and the implant to try to manage the pain all which came with various unpleasant side effects including mood swings and bleeding for months at a time. I decided enough was enough, I didn’t want to use drugs to help me cope with a problem (not solve it), and which also caused more problems. I came off of the pill at 19 years old. Coming off the pill was interesting. As the months passed I started to feel more in tune with my body, it was pretty cool.

As time passed the pain got increasingly worse. I had 10/11 of the above symptoms (I do not know how fertile I am so unsure about infertility). I didn’t bother going to the doctor because they had never helped me in the past with this issue. I ‘managed’ my pain by taking more than the daily recommended dose of ibuprofen and Buscopan, by having baths and using hot water bottles. Often times even when I did all of the above NOTHING would help. I would be in excruciating pain, unable to move. I have had to cancel plans, take sick days and leave social gathers from pain. This was NOT NORMAL.

It was now around November 2016, I went to my doctor (3rd doctor), he gave me a referral to a gynecologist. More time passed without me hearing from the gyno so I called them. They told me I was on an 8 month waiting list. This was ridiculous to me! It had already been 3 months and they wanted me to wait another 8. I went back to my doctor who ordered an ultrasound and made another referral with a shorter waiting list of 3 months. The results came back to show that my ovaries were covered in cysts. He told me that this can be normal throughout your period but it can also indicate  Polycystic ovary syndrome (PCOS). By this time I had already had family members who thought this could be the case, I also had family members who thought it could be endometriosis.

I was so over the pain and exhaustion by September 2017. After a recommendation from a colleague who I had discussed my symptoms with I went to see a Naturopathic Doctor and expert in women’s health, Dr Jordin Wiggins. After my initial consultation with her she gave me a few recommendations including an anti-inflammatory diet. She also discussed endometriosis with me and possible thyroid issues. This was the beginning of REAL pain management for me.

A month later I went to see the gynecologist who diagnosed me with endometriosis from the long list of symptoms I gave her. She said I do not have PCOS, only overlapping symptoms of it. She also told me doctors don’t really know the cause yet and that it could be linked to genetics. From the research I had done prior to the appointment the only way to know 100% if you have endometriosis is through a laparoscopic surgery. I inquired about this, she said it is unnecessary because of all of my symptoms she was confidant it was that and that the surgery can make the lesions (scars on internal organs caused by endo) worse. She recommended I go back on the combined birth control pill and take it continuously. I told her I would have to think about it and booked another appointment for January. I asked about natural methods to treat it and the only thing she suggested was exercise.

Later that month I attended a wellness fair. At this fair I discovered doTerra therapeutic essential oils. I browsed through the index of the book and found endometriosis… Finally a natural solution to the variety of symptoms that might help! I had a feeling that this was right for me. I signed up for the ‘Home Essentials Kit’. These oils combined with the anti-inflammatory diet CHANGED MY LIFE. I am finally able to live a life without being so effected by pain. I don’t have to miss work and can get on with my daily tasks. Yes I am still in pain, but SO much more manageable. 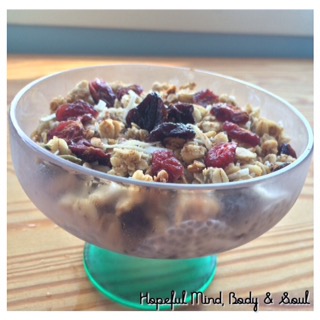 Anyone who knows me knows that I have a major sweet tooth. This pudding curbs my cravings while helping me ... 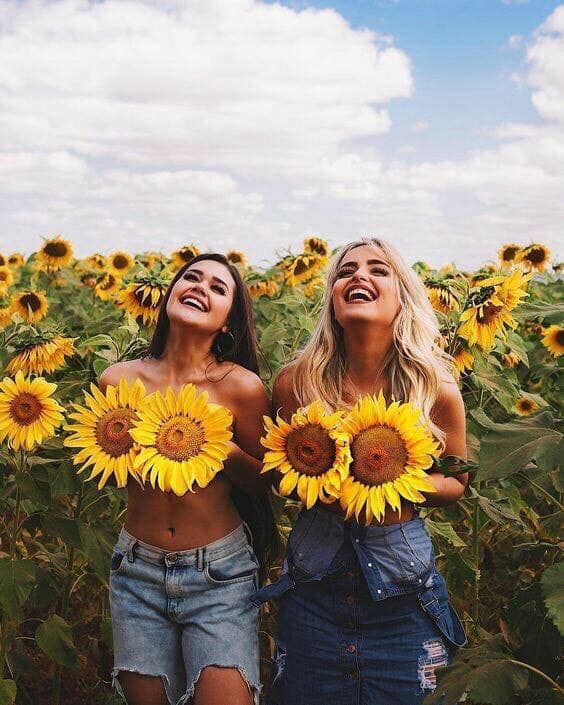 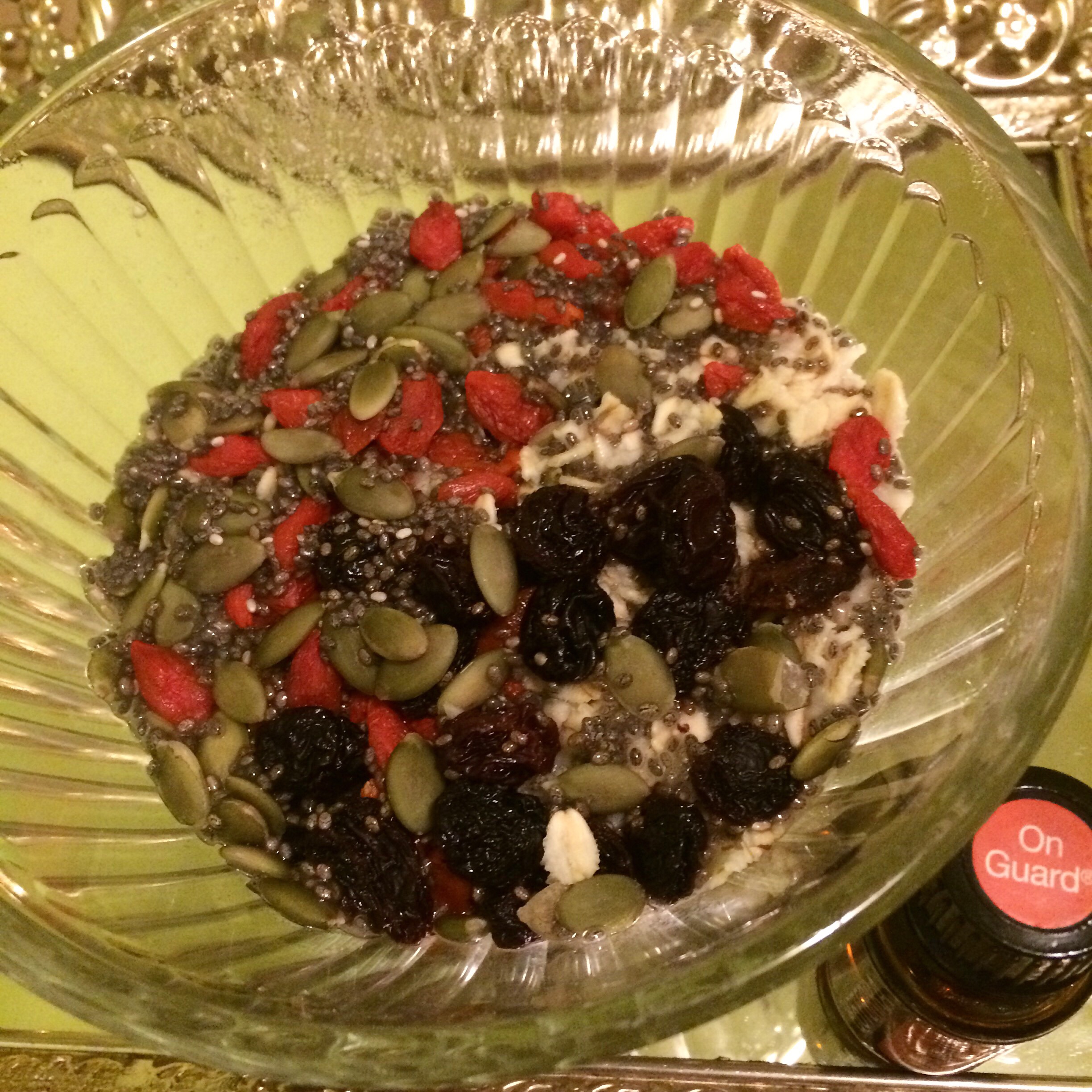 I love Oatmeal and have it most days for breakfast. It has a reputation for being boring and bland but ...